All files of this exercise be downloaded from the wiki: e2_bis.zip Download the exercise into your $HOME folder and unzip it.
The instructions for loading the appropriate modules in .bashrc: 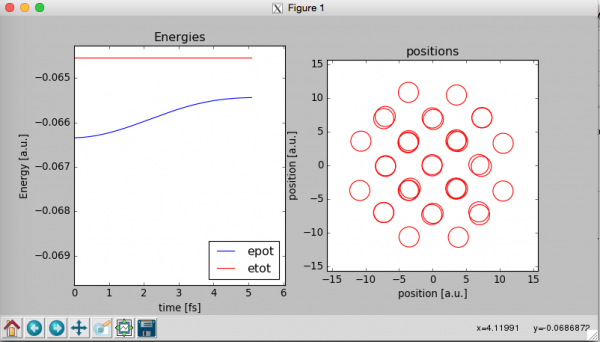 In this second part of the exercise, the same kind of dynamics will be performed with cp2k. You will find in the repository (zip file) the input file md.inp, where the &MOTION section is different from the last lecture exercise.

Compare the performance with the one of the python code. What do you notice? Plot the energy by using the file MD-1.ener and gnuplot